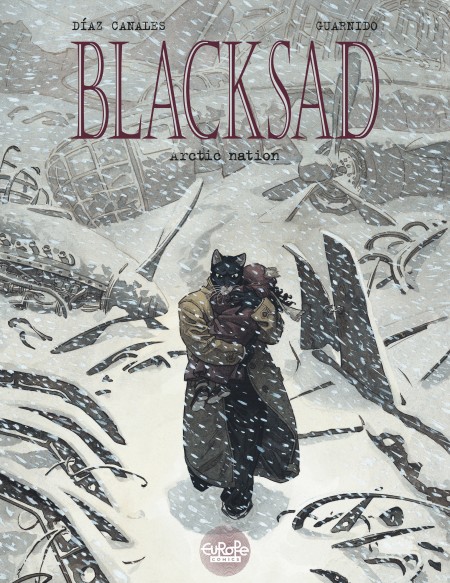 Oldsmill, the town’s head honcho, is a white tiger.

Karup, the chief of police, is a white bear.

Along with the other animals of immaculate pelt, they form the WASP association (W for White, AS for Anglo-Saxon, P for Protestant). All other town residents, from the black magpie to the reddish-brown fox to the tabby cat, are nothing but trash. And if the police aren’t able to enforce white law, the wide-reaching arms of the ruthless Arctic Nation party, hooded and decked out in white robes, will soon put things in order. And they’ve got all the ropes and burning crosses they need.

In this unwelcoming environment, Blacksad, a private detective, is investigating the disappearance of a child of color, Kyle. Dinah, Kyle’s mother, had a job as Karup’s housemaid, and some say she was getting pretty friendly with Oldsmill’s son.

It doesn’t take Blacksad long to get his claws right into the vipers’ nest, and he’s as quick to lash out as any of them… 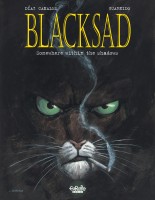 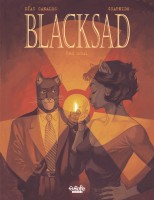 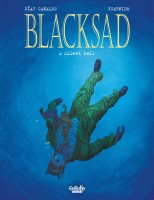 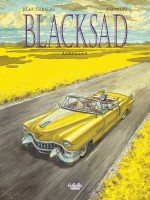 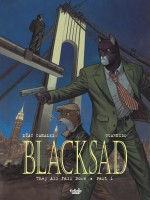 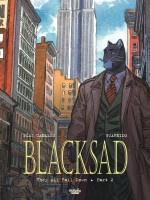 An absorbing family drama depicted in dark artwork. Robert Boganiec is a writer. His crime stories are always perfectly narrated, and the heroes of this books consequently do what they should. But as... 7,49€
NOIR NOIR Wojciech Stefaniec & Łukasz Bogacz

It’s Bagdad 2004. There are almost as many fighters in the private armies as there are official soldiers. When one of these mercenaries falls into homicidal madness and starts killing Iraqi... 7,49€
Bagdad Inc. Bagdad Inc. Thomas Legrain & Stephen Desberg

Sisco has been away from the action for a while, and his new civilian job—babysitting a playboy tycoon who’s living it up in the South of France—is working out just fine for him, thank you... 4,99€
Sisco 9. Black Gold Thomas Legrain & Benec