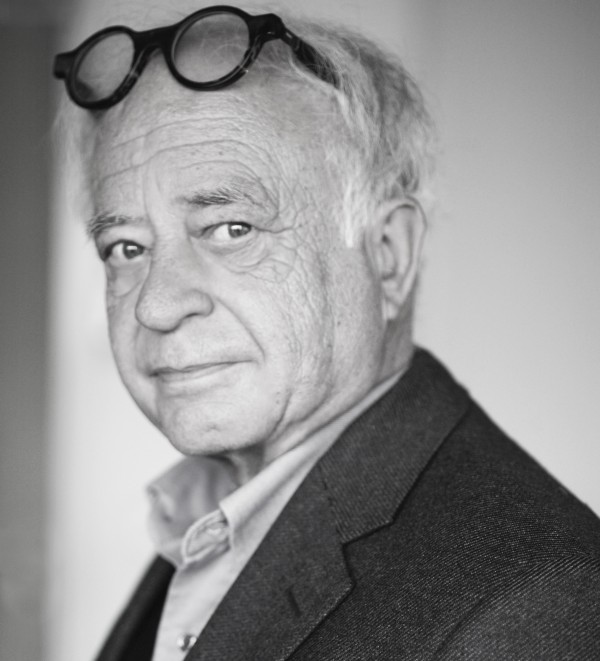 Max & Moritz Prize for an exceptional body of work (Germany), 2010

Adamson Award for an exceptional body of work (Sweden), 2014

Pierre Christin was born in suburban Paris in 1938, and studied at both the Sorbonne and Sciences Po in Paris. Alongside his jazz music and his first jobs in journalism, he set off to America's West Coast in the '60s, where he discovered the joys of life on a ranch and the open highway, as well as sci-fi, crime fiction, and the richness of African-American music. In 1967, he and Jean-Claude Mézières released the first of many Valerian adventures. From 1970 to 1980, with Pilote magazine, he wrote for various aritists, including Tardi and Boucq—totaling nearly 60 comics—dealing with all kinds of themes, adapting his style to each collaborator. He always kept his optimistic, even utopian, side for his old friend Mézières, whose narrative clarity and humor he always enjoyed working with. Christin tended to save his more serious subjects for Enki Bilal, producing such classics as Les Phalanges de l'Ordre Noir and Partie de chasse. Yet his range was greater still, and he explored other themes with Annie Goetzinger, crafting detailed and intimate portraits of women in La Demoiselle de la Légion d'Honneur (1980), Paquebot (1999), La Sultane Blanche (1996 Dargaud; The White Sultana, 2016 Europe Comics), and Hardy Agency (Dargaud, Europe Comics in English). Christin is also a seasoned traveler, completing a world tour between 1992 and 1999, an experience he writes about in L'homme qui fait le tour du Monde, with Philippe Aymond. The two would later pair up again for Est-Ouest (Dupuis; East-West, Europe Comics), which chronicles his time in the US and in Cold War-era Europe, behind the Iron Curtain. His travels in Eastern Europe also provided the spark for the three-part series Lena (Dargaud, Europe Comics), alongside André Juillard. 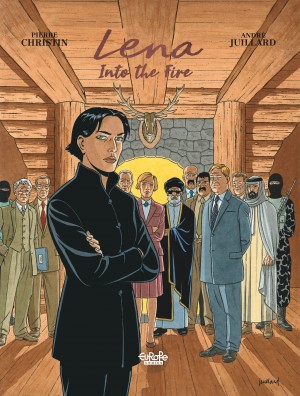 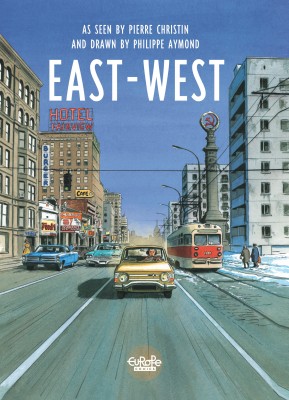 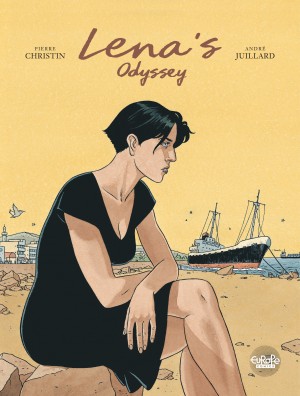 Who is Lena? What is she up to? Does she even know her mission? Setting out from an East Berlin neighborhood that is home to former dignitaries, she goes about passing out small, innocent-seeming... 4,99€
Lena 1. Lena’s Odyssey André Juillard & Pierre Christin 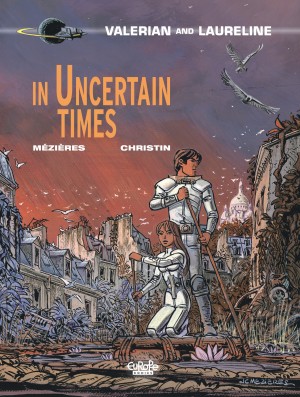 Vivaxis, a consortium of machinations as lucrative as they are clandestine, attracts many a powerful person into its fold. A mysterious former archangel seems to be plotting to take control of the...
Valerian 18. In Uncertain Times Jean-Claude Mézières & Pierre Christin 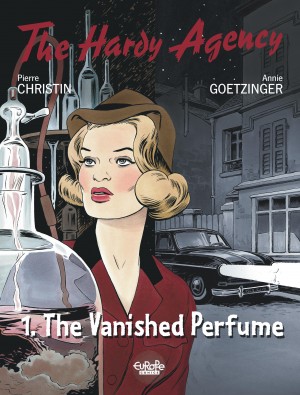 Edith Hardy runs a small detective agency off an unassuming alley in the 13th arrondissement. It’s the 1950s, and foreign forces are busy vying for power in a Paris still recovering from World War... 4,99€
The Hardy Agency 1. The Vanished Perfume Annie Goetzinger & Pierre Christin 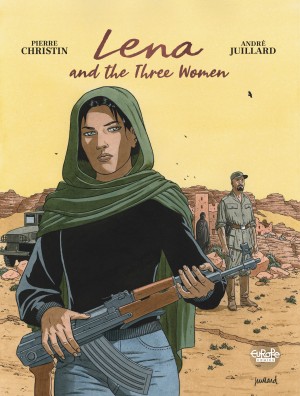 Lena thought she’d paid her dues to the French secret service. She’d gone undercover as their courier in order to avenge her son and husband, both killed in a terrorist attack. And now she has a... 4,99€
Lena 2. The Three Women André Juillard & Pierre Christin 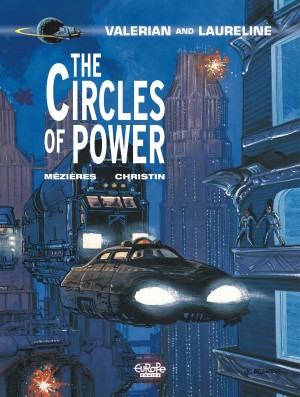 Things aren’t looking so great for Valerian and Laureline. Having given up their job as time-space agents on planet Rubanis, they’re struggling to scrape together the 700 000 they owe for...
Valerian 15. The Circles of Power Jean-Claude Mézières & Pierre Christin 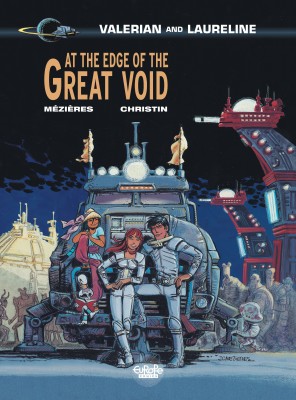 On an asteroid far away in the middle of nowhere, Valerian and Laureline have become struggling salespeople, more interested in getting news about their disappeared Earth than about boosting their...
Valerian 19. At the Edge of the Great Void Jean-Claude Mézières & Pierre Christin 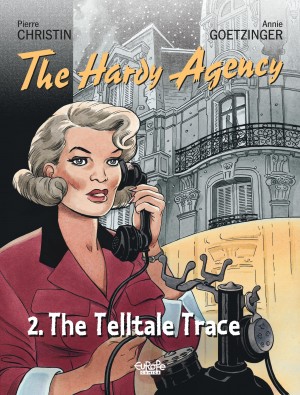 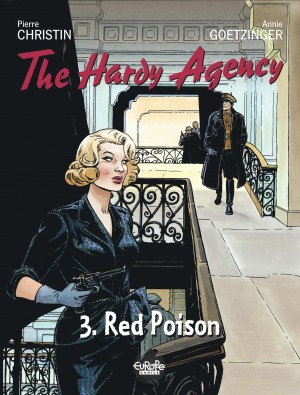 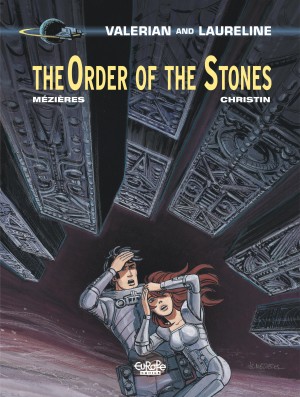 On board Captain Singh’a Rough’a’s vessel, Valerian and Laureline finally make it to the Great Void, the unexplored empty space right at the very end of the universe. During their...
Valerian 20. The Order of the Stones Jean-Claude Mézières & Pierre Christin

After the events of “The Time Opener,” Valerian and Laureline reverted to childhood, and are now living with Mr. Albert on 21st-century Earth. But in a universe where time travel is a... 4,99€
Valerian 23. The Future is Waiting Jean-Claude Mézières & Pierre Christin 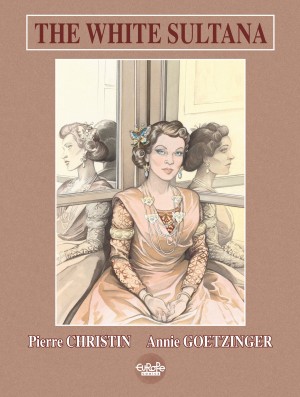 This is the story of two women. One of those women is Lady Sheringham, interviewed in her manor house, the other is Emma Piggott, who has just passed away in her London apartment, alone. To the... 7,49€
The White Sultana The White Sultana Annie Goetzinger & Pierre Christin 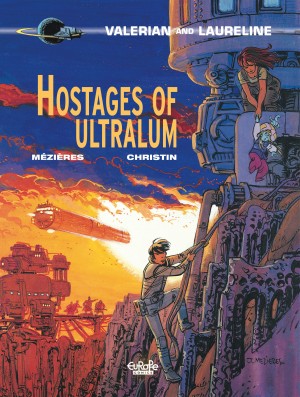 Valerian and Laureline are spending their holidays in the tourist paradise of the cosmos. The place is jam-packed with billionaires, like that four-eyed stuck-up madam who doesn’t stop...
Valerian 16. Hostages of Ultralum Jean-Claude Mézières & Pierre Christin After having retrieved the son of super-rich caliph of Iksaladam from his kidnapper, the vile Quatuor Mortis, Valerian and Laureline find themselves, quite by accident, on the Shimballil asteroid....
Valerian 17. Orphan of the stars Jean-Claude Mézières & Pierre Christin As seen through the eyes of European comics creators The Heroines of Comics: Europe 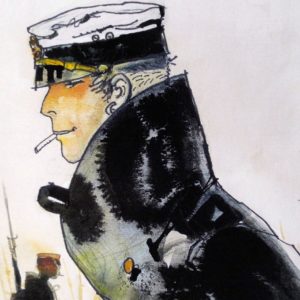 The most famous comics figures from west to east