Home > Catalog > The Kingdom of the Blind

In the late 2000s, the rise of social media rang the death knell of privacy. Sixty years later, the proliferation of mass surveillance has become the norm, in the name of law and order. And everyone has bought in… or almost everyone. When Adil, a young student from London, learns that his younger sister, Laurette, has been working with a group of rebels aiming to attack an important data processing center, he’s completely at a loss. But when she disappears shortly after the attack, kidnapped by an unknown agent, he soon becomes involved himself, as his life transforms
into a science fiction novel

before his very eyes… 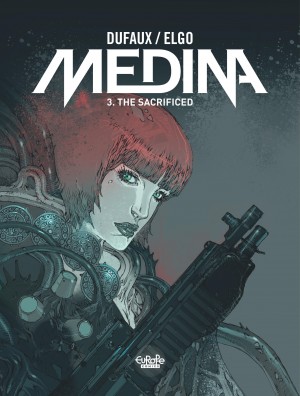 The Drax contamination Karloff sustained in book 2 of the series continues to lie dormant in his body, while Medina battles mutants who threaten the city from the inside, and fends off ever-greater... 4,99€
Medina 3. The Sacrificed ELGO & Jean Dufaux

An essential question hovers over this second volume of the Medina saga: what separates the humans from their adversaries the Drax? Karloff finally comes face to face with Boso 1, who will accept... 4,99€
Medina 2. BOSO 1 ELGO & Jean Dufaux

In a post-apocalyptic future, Medina has become the last bastion of a humanity fighting the nightmarish and infectious creatures known as the Drax. The shield that protects the city won’t hold out... 4,99€
Medina 1. The Drax ELGO & Jean Dufaux 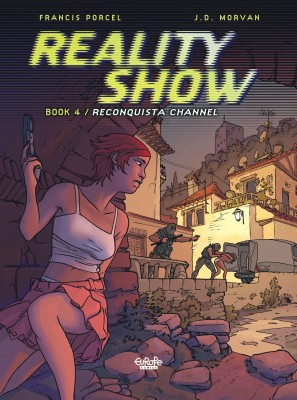 A Muslim mayor has just been elected in Granada. He’s a Democrat through and through. But a group of Christian extremists is ready to go to any lengths to get him to resign. And after kidnapping... 4,99€
Reality Show 4. Reconquista Channel Francis Porcel & Jean-David Morvan